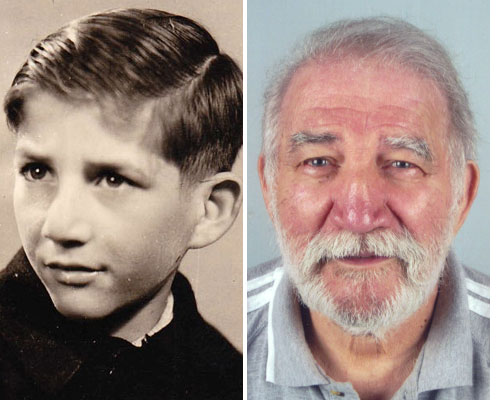 Armand Naudin was born in Paris in 1937. His mother was born in Warsaw. Armand never met his biological father, who remained a mystery. He knows that his mother did not have a happy childhood, but knows little else about her past. Armand is an only child.

During the war he lived in the Cher district about 200 miles south of Paris with his mother and adoptive grandmother, the mother of his mother’s second husband. His grandmother was quite wealthy. His adoptive father was a POW and married his mother after he was liberated. After the war Armand took the name of his adoptive father, Naudin, as his own. (His adoptive father was not Jewish.) Armand spent ages six to 17 in several homes belonging to the organization Oeuvre de Protection des Enfants Juifs (OPEJ ). He is not a practicing Jew and never had a bar mitzvah. While in the last OPEJ home, in Malmaison (in the western suburbs of Paris), he attended ORT vocational school and graduated with the diploma of a fitter in mechanical engineering.

Armand spent his career as a tool maker. He worked at first for a few different companies, then after the age of 40 was self-employed. He retired at age 60 in 1997 and says jokingly that he retired on Labor Day (his birthday is April 30 and the French holiday falls on May 1). He lives in the southern suburbs of Paris and never moved far from his mother.