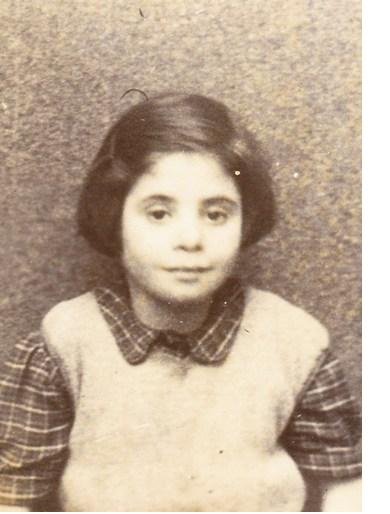 Betty Kichelmacher passed away in Brussels on March 5, 2011.  Her late cousin Yehuda Liftman’s wife, Edna Liftman, recently shared with us a bit about Betty’s life.

Born in Belgium in 1938, Betty was the youngest child of Shimon Kichelmacher and his wife, Laia Dvora (née Sobel).  She had two older brothers, Yehuda Leib, who was born in Warsaw in 1926, and David, who was born in Antwerp in 1932.  Shimon worked in the diamond industry.

Betty was in hiding during the war.  Edna is not sure if she was in a monastery or with a Christian family.  The rest of Betty’s family was deported from Malines (Mechelen) to Auschwitz on April 19, 1943. Known as the “Twentieth Train,” this transport became famous because members of the Belgian resistance were able to stop the train and rescue some of the Jews and Roma who were being deported.  Betty’s family did not survive.

During her 20s, Betty spent two years with her aunt Bela, uncle Baruch, and cousin Yehuda Liftman in Israel.  The family tried to help Betty build a new life there, but she had a hard time adjusting and returned to Belgium. She lived in Brussels for many years and worked a part-time job through a social service agency there.

Edna Liftman contacted us because she wants to ensure that Betty and her family will be remembered.