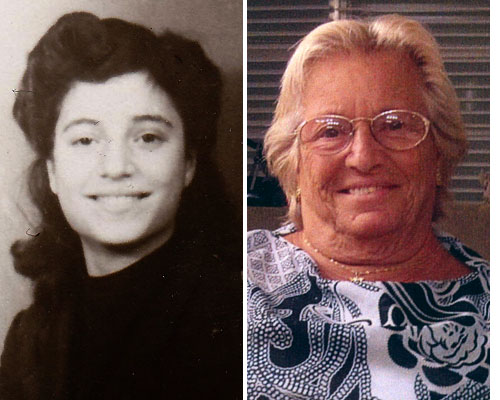 Renato Zarfati  has lived in Florida since 1967. His sister  Elvira  moved to Florida with her family 20 years later. Seeing their photographs and talking about their childhood in Rome, Italy, brings back painful memories. Their father, Marco, was deported and killed in Auschwitz. The children and their mother spent the rest of the war hiding. Later, a successful career as a singer brought Renato around the world and, finally, to Miami.

The Zarfati family was not wealthy, but Marco had a clothing stand at the market that allowed him to support his wife, Fortunata, and their four children. Rosa, the eldest, was born in 1928. Then came Elvira in 1931, Renato in 1934, and finally, Pacifico, called Ciccio by his siblings, who was born a couple of years later. Renato remembers that life under Benito Mussolini’s fascist regime was "almost normal,” despite the war and racial legislation that imposed restrictions on Jews. It was not until October 1943 that their lives changed dramatically. The Allies landed in southern Italy in September, but Germany invaded the country from north, and the Jews living in Rome were trapped.

Elvira remembers October 16, 1943, the date of the first massive roundup of Jews for deportation from Rome. The Zarfatis lived in a building close to the ghetto, where they shared an apartment on the top floor with other families. A woman ran through the street shouting that the Germans had entered the ghetto. Everybody thought that only young men were in danger, so women stayed with the young children and 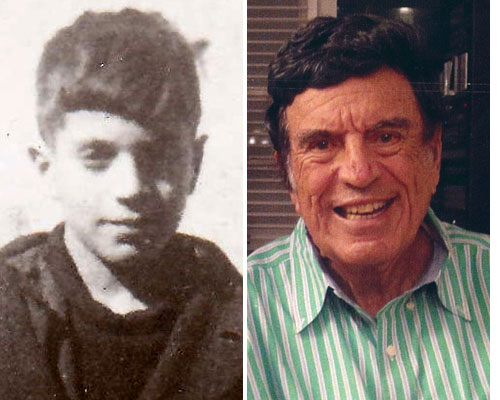 helped their husbands and older sons to hide or escape. Fortunata told Marco to leave and to take Rosa, 15, and Elvira, 12, with him, as they were afraid of what the soldiers would do to two young girls. Fortunata stayed with Renato and Ciccio. Before reaching the street, though, Marco changed his mind and went back upstairs to convince Fortunata to run with them. They found shelter in a hole in a street undergoing construction. They spent several days hiding there, until the few provisions they had brought from home were gone. Then, they had to start looking for something to eat. They were selling what they could, sharing the little they had with Fortunata's sister’s family, and sleeping in stables, cellars, and caves.

One day, Elvira insisted that they should go back home, just to take a bath; she could see that little Ciccio, just three years old, was dirty and uncomfortable. Once in their apartment, they found out that Germans had taken all the women, children, and elderly; the wives and children of the men who were hiding on roofs, in cellars, or inside closets had been taken away. Elvira says that one man decided to leave his hideout so he could be deported with his wife and eight children.

The Zarfatis spent months living in hiding, but in April 1944 things seemed less dangerous. Marco decided to leave his hideout to have a coffee with a relative in a restaurant owned by a friend. A couple of Jewish women were in the restaurant and they knew Marco was Jewish; they called the police and had Marco arrested. The reward for informing the police about a Jew was 5,000 liras.

When the war was over and the few survivors started to come back to Rome, Fortunata started inquiring about her husband, but nobody wanted to reply. Finally, a friend told her to stop waiting. Marco suffered from gout, and the days spent in the train were very hard on his legs. When he arrived at Auschwitz, he could barely walk and was sent directly to the gas chambers. He was 37 years old.

Until the end of the war, Fortunata and the children survived hiding in basements and cellars. Renato remembers how cold, dirty, and dark these places were, and that they could feel insects and animals moving around them. The four children were often alone, as Fortunata had to leave the shelter to provide some food for them. She sold what she could to earn some money, while the children were alone in the cellar, hungry and scared. Elvira was 13 and sometimes she helped her mother, selling cigarettes and souvenirs to German soldiers, all while terrified they would find out she was Jewish.

Finally, the Allies liberated Rome in June 1944 and the Zarfatis could leave their shelter. The children were between eight and 17 years old, and all of them had to look for jobs to survive.

They could attend synagogue again, and Renato sang in the choir. He was very talented and soon someone suggested he sing in a restaurant and entertain the patrons with Italian songs. When he was just 16, Renato began a successful career as a professional singer. He traveled throughout Italy, then Europe, and finally to Argentina. He went back to Rome every chance he had to see his mother and siblings.

In 1967 he married Monique and settled in Miami to raise his three sons. Elvira, married with four children, also moved to the United States, as did Ciccio. Only Rosa remained in Rome. She married and remained there until her death at the age of 82.