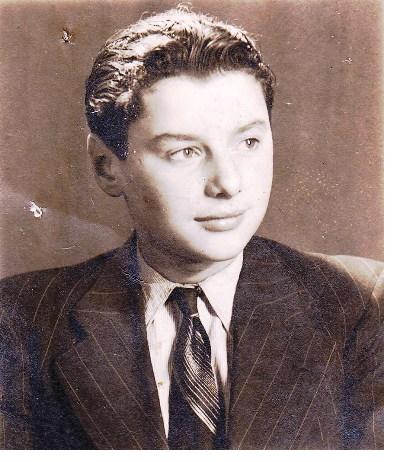 In 1942, Henri’s parents and sister Cécile were deported from France: Mordcha on Convoy 3 on June 22, Fradjla on Convoy 13 on July 31, and Cécile on Convoy 27 on September 2. During the Occupation, Henri was hidden in the village of Noëllet (Maine et Loire). He spent one year hidden by the Abbot Xavier Terrien and one year at Anne Marie Pinguet’s house. Both of them have been honored as Righteous Among the Nations. When he turned 18, Henri left France for Israel in order to participate in the War of Independence. He then returned to France, married, and had two children. He eventually had six grandchildren. In 1997, Henri decided to make aliyah and settled in Netanya, Israel, where he remained until he passed away in 2008.