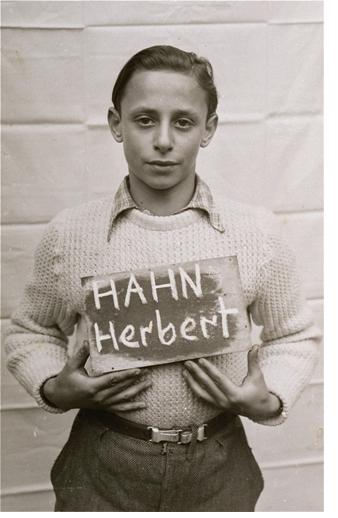 Herbert Hahn was born and grew up in Vienna, Austria before the war. On February 25, 1943, at the age of 11, Herbert was deported from Vienna to the Theresienstadt concentration camp. He was deported along with his older brother, Walter. Herbert and Walter were liberated from Theresienstadt and given a choice of where to emigrate. They chose to emigrate to the United States and were sent to the displaced children’s home in Kloster Indersdorf to await emigration.

Herbert Hahn left Europe from Bremen, Germany, for Philadelphia, Pennsylvania, on May 9, 1946. In the United States, Herbert became a plumber’s apprentice and died in a related accident at the age of 27. He is survived by his brother, Walter.