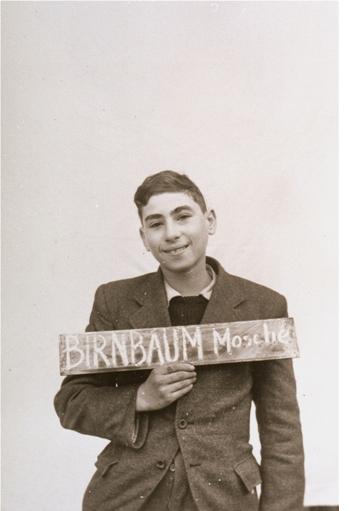 Moshe Birnbaum was born in Fulda, Germany, in 1928 to Abraham and Frieda Birnbaum. Abraham was killed at Buchenwald in 1941. Moshe was deported to Riga on December 9, 1941, with his mother, his brother, Salomon, and his sister, Gustel. His mother, brother, and sister were taken to Auschwitz from Riga and did not return.

Moshe had seen this photo before and, in fact, has a copy of it himself. He said that seeing it again after so long brought back many old memories. Moshe immigrated to England and later to America in 1947. He currently lives in Brooklyn, New York.