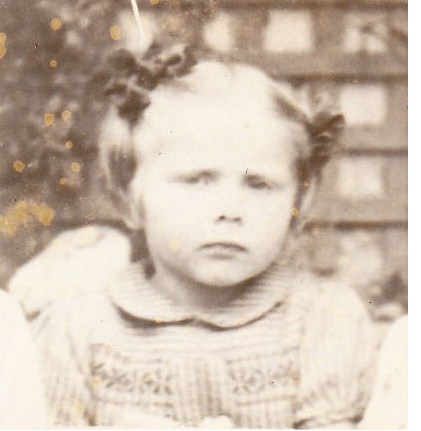 A member of the Museum staff was able to locate Regine Probstein through the Page of Testimony about her father that she submitted to Yad Vashem in 1997.

Because Regine has been very sick for the past eight years, the following information was provided by her daughter, Anat, whom Museum staff contacted through Regine’s caretaker and through her brother, Marcel.

Regine was born in Paris on February 4, 1941, to Hinda Baila Klajner Probstein (born June 26, 1907, in Wiskitki) and Szaja (Oscar) Probstein (born August 23, 1894, in Przemysl). When Regine was a year and a half old, her father was arrested and sent to the Drancy transit camp and from there to Auschwitz. Her brother Paul was three years old, and Marcel was just six weeks old. Their mother was encouraged by a French policeman to leave Paris. She escaped to the south of France and lived in Toulouse as a non-Jewish Pole under the name Lepziniak. Regine was placed with Madame Michelle, whom Regine later tried unsuccessfully to have recognized as Righteous Among the Nations by Yad Vashem. Her brother Paul was taken in by another family, and Marcel remained with their mother during most of the war.

After the war, Regine did not want to leave the family with whom she had been living near Toulouse from 1943 until 1946; the villagers knew that she was the only Jew in the village, and they protected her. In 1948, Regine’s mother took her, Marcel, and Paul to the Oeuvre des Secours aux Enfants (OSE) orphanage at Henonville. From 1949 through 1956, the children lived at Chateau de Vaucelles in Taverny. In 1958 they were moved to the OSE orphanage in Versailles. The director and his wife were warm and caring, and they treated all of the children like family, even though they had children of their own. Their charges called the couple Mom and Dad.

Regine’s mother was afraid that her daughter would not marry a Jewish man, so in 1959, when Regine was 18, her mother sent her to Israel. She was unhappy at first, when she lived at Beit Ha-Halutsot, in Haifa. Eventually she married Mr. Cohen, whom she had met on the ship from France. They had two children: Anat, who lives in Atlit and has a son and a daughter; and Yehuda, who lives with his three daughters in Zichron Yaakov.

Regine worked for 30 years for the Israeli Labor Department and in her work helped many people. Over the years, she has often gone to France to visit two of her friends from the orphanage, one of whom still stays in touch with Anat.

Regine spoke French with her mother, who moved to Israel with Marcel in 1965; as a result, Anat also knows French. Regine’s mother died in Kiryat Yam in May 2006 at the age of 99.

Anat believes that her mother had a very difficult childhood and not an easy life thereafter. Anat has been caring for Regine for several years with the help of a full-time caregiver.