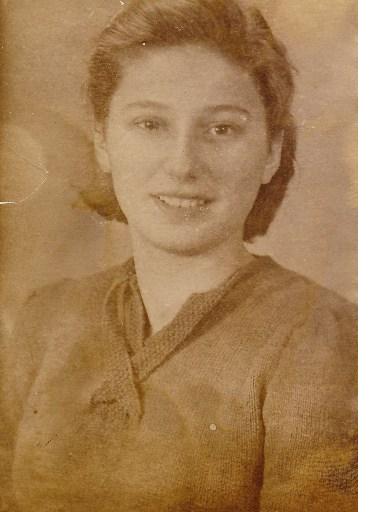 Tamara Buchman was born to Pola and Israel Buchman in 1930 in Warsaw. The family was in the Warsaw ghetto together until 1942, when Tamara, her mother, and her brother went into hiding. Tamara worked as a domestic in a Catholic family’s home while her mother and brother received false papers from a Catholic man. Tamara’s father remained in the ghetto and escaped from a train that was going to a concentration camp. He eventually made his way back to his wife and children. Once the family was reunited they escaped to a small village outside Warsaw. One week before liberation Tamara’s mother, Pola, became ill and was taken to a local hospital, where she died. Tamara believes that she was poisoned by the doctors there because she spoke Yiddish.

After Pola’s death, Tamara’s father helped her and her brother, Kuba, get to the children’s home in Otwock, Poland. Israel promised that they would all be reunited once he was able to find work and support  them. Tamara and Kuba were in Otwock for two years before they went back to Warsaw and were reunited with their father.

In 1949 Tamara immigrated to Israel, where she lived in Kibbutz Amir, Galilee, until 1959. While in Israel, Tamara married and had two children. In 1959, upon her father’s urging, she moved to Canada to be closer to her father and brother. She gave birth to her third son in Canada. She graduated with a degree in fine arts from York University in Toronto. She has 11 grandchildren and 2 great-grandchildren. She still lives in Toronto.