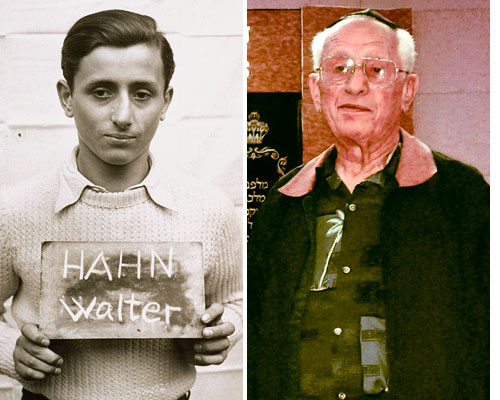 Walter Hahn was born and grew up in Vienna, Austria, before the war. On February 25, 1943, at the age of 13, Walter was deported from Vienna to the Theresienstadt concentration camp. He was deported along with his younger brother, Herbert. Walter and Herbert were liberated from Theresienstadt and given a choice of where to emigrate. They chose to emigrate to the United States and were sent to the displaced children’s home in Kloster Indersdorf to await emigration.

Walter Hahn left Europe from Bremen, Germany, for Philadelphia, Pennsylvania, on May 9, 1946. The Jewish community in Philadelphia housed him with a local family. He graduated from high school and met and married his wife, Eva, in Philadelphia.

Walter Hahn worked as a Woolworth’s store manager for 31 years. During his career, the Hahns moved to Seattle, Washington, and eventually settled in San Francisco, California. The Hahns have two sons and one grandchild.

NOTE: We recently learned that Walter Hahn passed away on November 10, 2011.  We are sorry to hear of his passing but grateful to have had the opportunity to speak with him and share his experiences on the Remember Me? site.